What happened to the Ty Lee figure? Well, she just got some company.
This update is all about the head sculpts. I've sculpted all the head for the girls and then some. They will all be using the same base body though. There will be modification for the individual girls you can be sure of that. As usual more pictures after the jump! 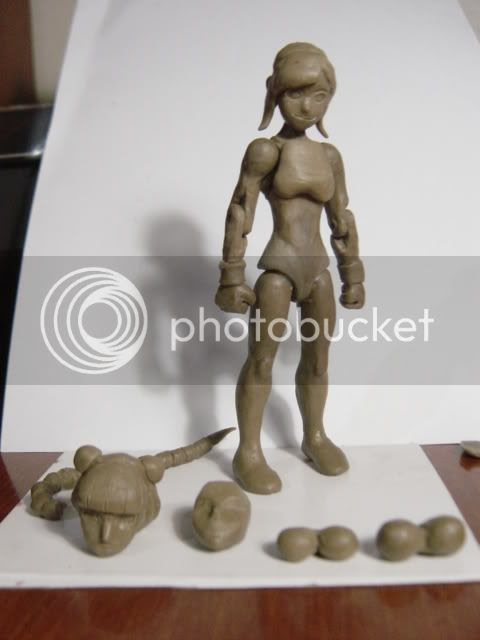 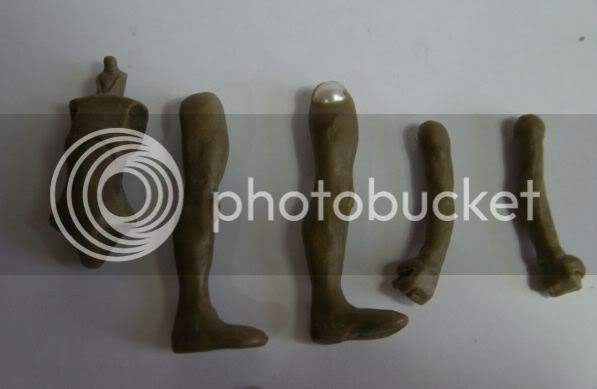 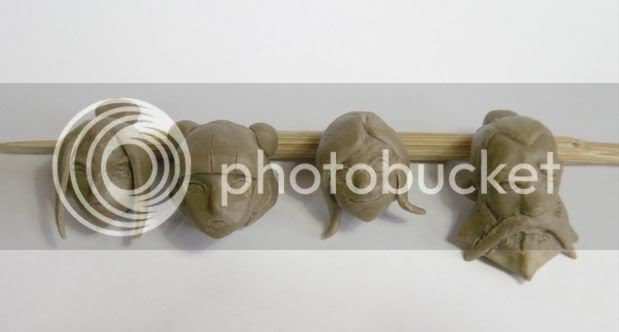 What is (the head sculpt of) Wang Fire doing there? 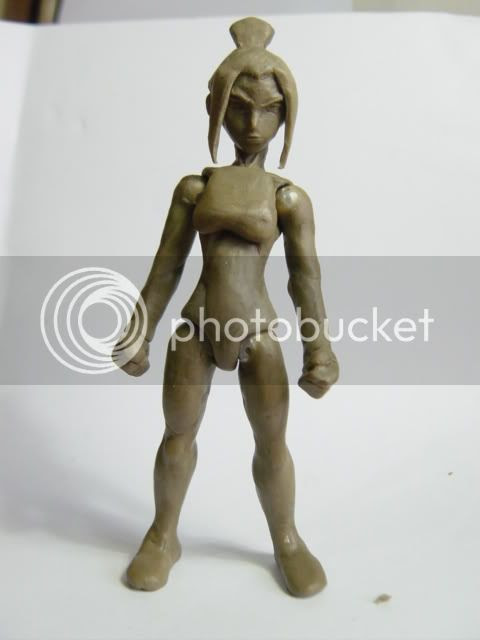 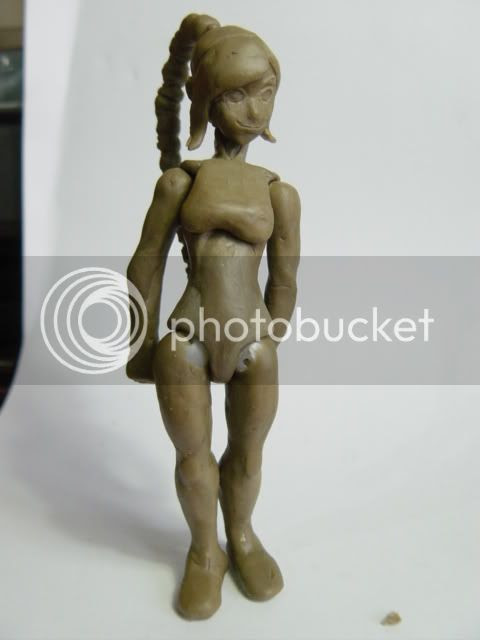 Sorry I didn't take a picture with the Mai head (still need some work). Hmmm... should I make a special "The beach" version of the girls... I wonder..

Check back soon.
Oh and Colorwheelz, sorry I haven't the time to take a picture of the bucket. Next time, for sure!

Yup you read it right!

As you all might know, I'm working on a Toph action figure. That project is currently on hold, until I can find some solution for her articulation. In the mean time, as I promised (many many moons ago), here is the first couple of progress pics on Ty lee.
She's one of the 3 Fire Nation Girls that I'll be making. Eat that Mattel! 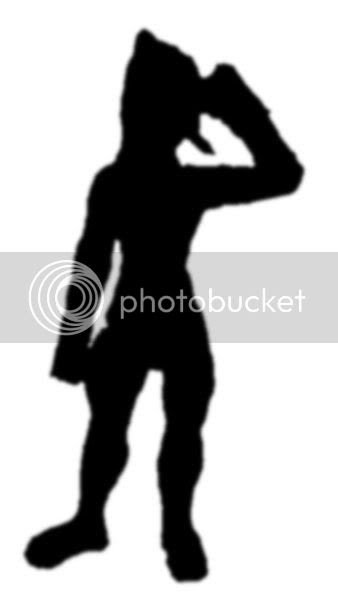 
This figure is about 5.5" and is sculpted in my homemade modeling wax. I've finally got a firm wax that I can do rapid prototyping on. YEY!
If you look closely you might notice that I adapted elbow joints from Revoltech Revy. I'll be making ball joints for the shoulder and hip. Still don't know about the legs though.

You might also recognize the changeable breast piece like the ones found on Konami's Busou Shinki MMS figures. This is because the body will be a base body where the Fire nation girls will all be made. So I only need to make new head sculpt and adjust their measurments accordingly... (or not... hehehehe)

Check back soon for more progress and the new head sculpts for Mai and Azula.
Until then! 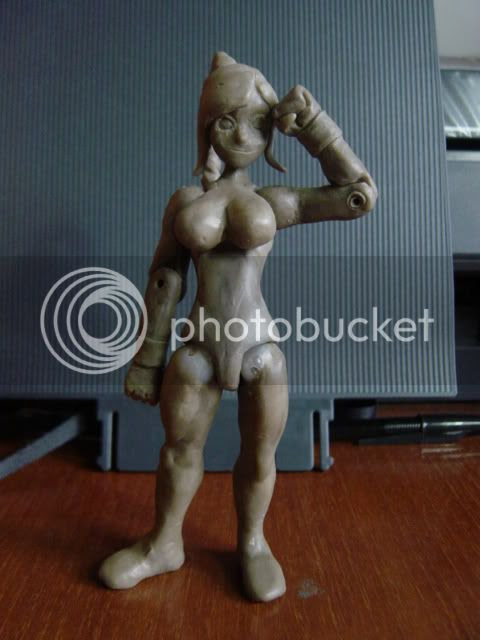 This blog needs more frequent updates, and you all know it. But there is so much from sculpting and figures (that I can share at the moment) to keep this blog interesting. So I'm going to start posting my ramblings... yes, I know you're thinking, "This is not why I came here for! Gimme TOPH dang-it!!!". I feel you... I feel every virtual punch, kick, and atomic wedgie you throw at me, but bear with me... more after the jump. There'll be picture!

Above is a (poor) panoramic picture my workroom. The editing is crude, I know.
As you can see my workroom is also my sleeping quarters. For the sake of having a larger space I opted to remove the bed in exchange for a futon, a pillow and my bolsty. But this is still not enough. I have stuff everywhere (I know where everything are by the way... well, almost) and loads of sculpts, reference material and toys strewn all over the place. I think I need to refurnish my room.

There are online stores that sale furnishing stuff. WikiShop for example, Amazon.com is another good place to start. I don't have access to both of them where I live though, which is a bummer. But that doesn't stop me to at least see the choices that can inspires me to make something, even though it'll cost more than just buying something in the end.

The first thing I need is more space and that means SHELVINGS!!! You guys living in the states got it made. You can get great looking shelving as low as $15!! It cost more than triple that where I live. If not more. And the current exchange rate isn't helping. For comparison, you see those cheap looking (because it is!) plastic shelving on my desk? that's about $4 for a 3 tier shelving. Sad isn't it. Compare that with the shelving found here (input the maximum price of $30). Those shelving look sturdy and I don't mind paying $20+ for some good racks (no pun intended).
The closest thing I come across as good shelving is at my local Ace Hardware furnishing section. Mind you, here in Jakarta, Ace Hardware is notoriously known for having the highest prices for home/garden/furnishing and tools too. How does a 3-5x markup makes you feel? ... Yeah, I thought so too.

After looking around. I think I'll opted to make a shelf from those perforated L bracket thingy like the one shown here. It'll cost more money (hope not) and time in my part (there will be much bolting and screwing around this weekend), since I probably will be making them myself. But that's just the way I like it. Yeah... that's how I roll.

Thanks for reading thus far.
Stay tuned for the next update. It'll be a teaser for the new sculpts I was talking about in an earlier post :)

Sorry for neglecting this blog for quite a while.
Just a quick update from me. I've reserved a table at the annual Tomoci Fair which will be held on the 28th - 30th of November at the TransTV building, Jakarta. I'll be posting teaser pics of the NEW sculpts that will be shown there. Some of them are already kit-bound.

So if you happen to be have time, do drop by for a visit
See you there!! 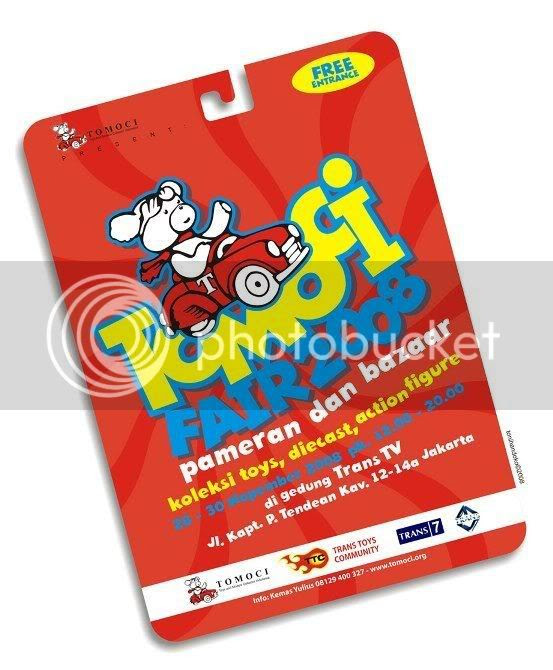